The Animal Ark is a non-profit wildlife sanctuary and animal education center based in Reno, Nevada. They currently house and care for: 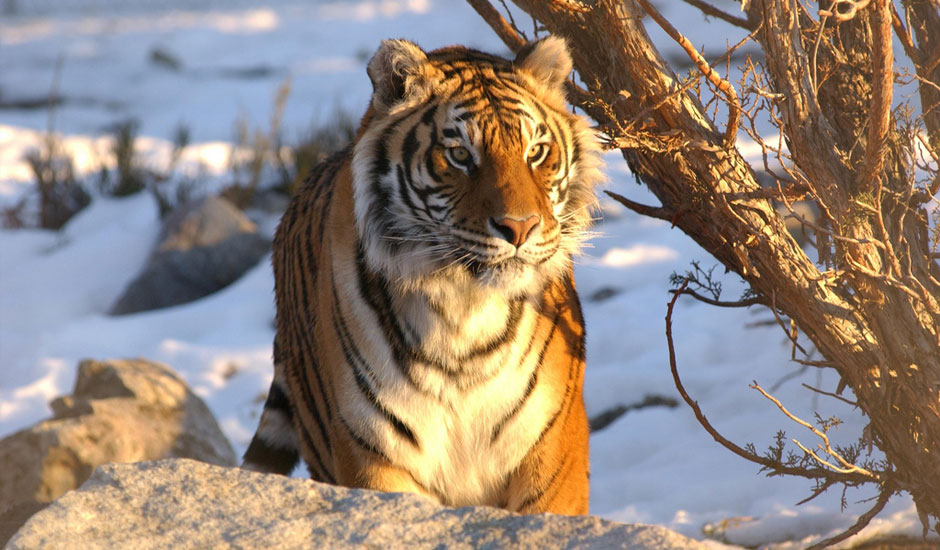 
The next day Animal Ark employees found that two other animals, Maddie the Gray Wolf and Jamar the Cheetah, had become ill with similar symptoms. Maddie was found dead and Jamar was found unresponsive in a coma. 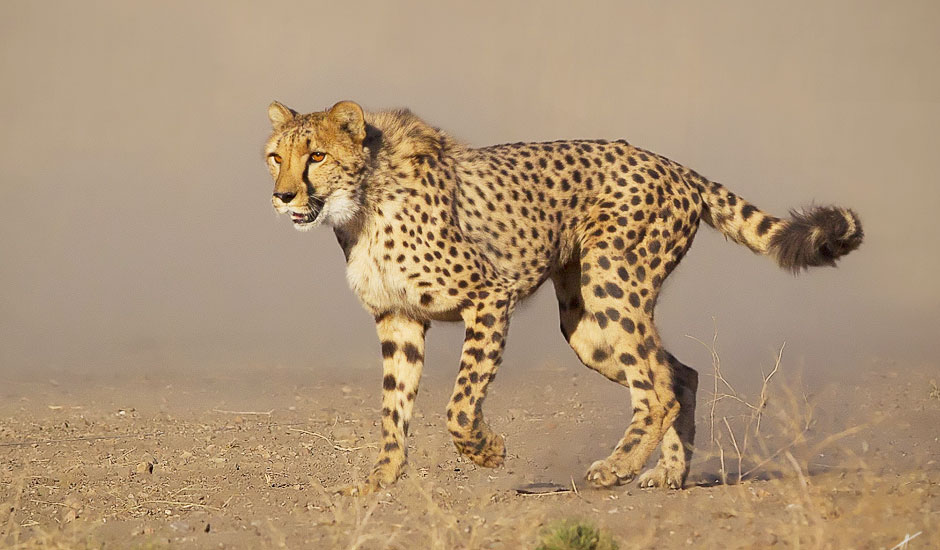 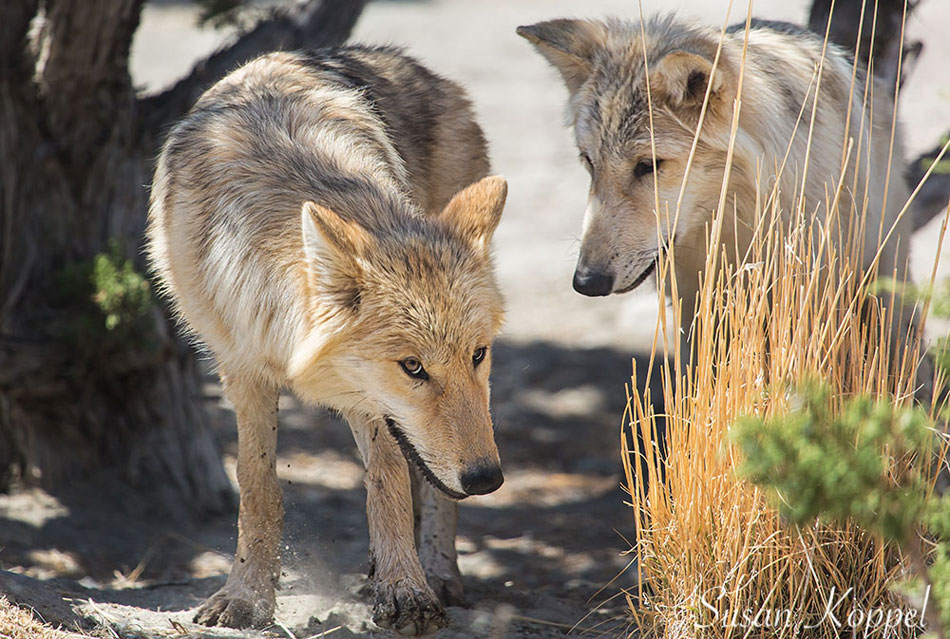 
What happened?
Let’s enter the wonderful world of animal and wildlife forensic toxicology.
Biological specimens were acquired from Maddie and Jamar and toxicological analyses were undertaken. No specimens were acquired from Shere Khan as he had already been buried. While I work in a postmortem toxicology laboratory, the instrumentation used in animal and wildlife forensic toxicology is the same – high performance liquid chromatography (HPLC), gas chromatography with mass spectrometry (GC/MS), headspace gas chromatography with flame ionization detection (GC-FID), liquid chromatography with tandem (triple quadrupole) mass spectrometry (LC/MS/MS), liquid chromatography with time of flight mass spectrometry (LC/ToF or LC/qTOF), etc.
According to media reports, Pentobarbital and Phenytoin were detected in the gastric contents of Maddie. The same substances were found in the urine of Jamar. It was hypothesized that the substances had found their way into the food supply. Through investigation and a little bit of analytical chemistry it was determined that a specific brand of meat given to the animals was contaminated with Pentobarbital and Phenytoin. This news then led to a product recall. As the identified meat company is simply a distributor, this recall led to food product being returned from 10 different zoos and wildlife sanctuaries across the USA.

On a good note, after intensive medical treatment, Jamar the Cheetah survived the ordeal.

So, we exactly are Pentobarbital and Phenytoin?

Pentobarbital is a barbiturate derivative that was first synthesized in 1930 and is considered a Schedule II controlled substance by the United States Drug Enforcement Administration (DEA). It has been used clinically in humans as a short-acting and potent sedative-hypnotic agent for insomnia, pre-anesthesia, and as an anticonvulsant. It has other uses in treating Reye’s syndrome and traumatic brain injury as well in veterinary anesthesia. Pentobarbital is also one of the drugs that has been used in human and animal euthanasia. In November 2013, a Missouri death row inmate died from a dose of the drug during the lethal injection/capital punishment process. Its pharmacological mechanism of action is via GABA receptor potentiation, AMPA and kainate receptor inhibition. The drug also increases the duration or time that chloride ion channels are open. The molecular formula is C11H18N2O3 and molecular weight is 226.2 g/mol. Different forms of the drug exist on the market such as capsules, tablets, suppositories, and solutions for intramuscular and intravenous injection. The most common trade name is Nembutal. It is biotransformed and excreted into the urine as unchanged drug and various hydroxylated and carboxylated metabolites. Symptoms of overdose include impaired psychomotor function, incoordination, slowed or slurred speech, hypotension, severe respiratory depression, and coma. Over the last several decades, the substance has been implicated in many deaths – many of which have been accidental overdoses.


Phenytoin is a hydantoin derivative substance that is used as anticonvulsant drug and was first synthesized in 1908. It is one of the main substances used clinically in treating epilepsy. Phenytoin is also classified as a class 1b antiarrhythmic substance and is sometimes used after cardiac glycoside (i.e. Digitalis, Nerium oleander) poisoning. Its pharmacological mechanism of action is via binding to sodium channels and blocking  the repetitive firing of action potentials. It is not considered to be a Federally controlled substance in the United States and it is available by prescription only. One common trade name is Dilantin. Molecular formula is C15H12N2O2 and molecular weight is 252.2 g/mol. The drug is available in normal release and extended release capsules, liquid suspension, and a solution for intramuscular or intravenous injection. Phenytoin is excreted in the urine primarily as unchanged drug and hydroxylated metabolites. Pentobarbital is formed as a metabolite of the barbiturate derivative, Thiopental, also known as Sodium Pentothal, by desulphuration. Symptoms of overdose include dizziness, drowsiness, slowed and slurred speech, ataxia, hyperglycemia, and blurred vision. Central nervous system and respiratory depression is generally not caused by Phenytoin in normal dosages. When compared to other drugs, Phenytoin has accounted for relatively few deaths, though acute intoxication with the substance is not unheard of.
Now, the next logical question is how did the substances come to be in the food supply? It turns out that the food product was procured from a horse that was euthanized with Pentobarbital and Phenytoin. One common product used in euthanasia of cattle, horses, pigs, dogs, and cats is called Euthasol from LeVet Pharma. It is a solution of 400 mg/mL Pentobarbital and is available in 100 mL or 250 mL volumes. Another version of Euthasol from Virbac USA that is for use in dogs contains 390 mg/mL Pentobarbital sodium and 20 mg/mL Phenytoin sodium.

Truly a sad story. One in which there seems to be no malice or intent, but an oversight into the quality of the product that made it into the food supply.

If you haven't already done so, please visit the Animal Ark's website. They care for some truly beautiful creatures and do some amazing work.