Case Report: Synthetic cannabinoids as a cause for black carbonaceous bronchoalveolar lavage


A direct link to the PDF paper is here.


I am neither a pathologist nor a medical doctor of any kind, so I won’t go into detail about the pathology other than some general documented findings the authors observed.


This case is of a 44 year old woman  who is an ex-smoker (quit 10 years ago), but currently uses cocaine and cannabis. She has HIV and has had past mycobacterial and pneumocystis infections. The woman presented to hospital with subacute fever (5 day duration). She had a cough with productive yellow sputum, which eventually developed into a dry cough. Chest x-ray was suggestive of pneumonia. According to the authors the patient’s clinical, radiographic, and histopathology “was consistent with respiratory bronchiolitis-associated interstitial lung disease (RB-ILD). Bronchoalveolar lavage fluid was colored black.


Interestingly, in the "Learning Points" section, the authors state:

Pulmonary complications may result from impurities inhaled during the process of cocaine smoking. We propose that synthetic cannabinoids can do the same by a similar mechanism.

Other than the title of the paper, this is the only time “synthetic cannabinoids” are mentioned.

Hyperthermia and rhabdomyolysis caused by a synthetic cannabinoid? Maybe. Maybe not. 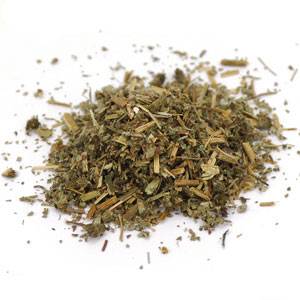 This case is reported about of the Department of Emergency Medicine at the New York Metropolitan Hospital Center in New York City, New York. The case consists of a 27 year old man who was brought to the hospital for agitation and disruptive behavior. He was found by law enforcement “eating the grass of a local soccer field”. Witnesses reported that he was smoking “K2”. The man had a history of schizophrenia and medication noncompliance.
While in the hospital, he was combative and aggressive, so medical staff sedated him with midazolam (Versed) and haloperidol (Haldol). He was hyperthermic (106.1°F) and tachycardic (173 beats per minute). Treatment to decrease his core temperature was undertaken by using ice packs and evaporative cooling. After an hour, his temperature was 101.7°F.
Initial hospital admission testing revealed creatine (2.2 mg/dL), lactate (4.1 mmol/L), and creatinine phosphokinase (1341 IU/L). The hospital lab performed a urine drug screen; the urine was positive for benzodiazepines.
Once he became alert , the man admitted to smoking “Mr. Big Shot”. He was admitted to the hospital for monitoring, hydration, and a psych consult.
While being monitored, creatinine phosphokinase levels continued to increase (5867 > 14950 > 29580 IU/L). Liver enzymes also saw this marked increase. The man was transferred to ICU for management of rhabdomyolysis. Peak creatinine phosphokinase was 57050 IU/L. After two days in ICU, creatinine phosphokinase and liver enzymes decreased. The man was transferred out of ICU on the fourth day of admission where he still exhibited episodes of psychosis and agitation. Haloperidol and olanzapine (Zyprexa) were used. On the tenth day of admission, the man was transferred to psych for management of schizophrenia.
________________________________
A nice case report on the surface. But missing one major aspect. Analytical confirmation of drug.
The patient admitted use of a “K2” product. But what substance or substances were in that product? Was it a synthetic cannabinoid? Was it a cathinone or other type of stimulant? Who knows. I don’t and the authors don't either. The patient didn't know. No one knows. It has been documented that herbal incense and potpourri products can contain substances other than synthetic cannabinoids. I’m sure there was some blood drawn during the hospital admission process. Why wasn't a synthetic cannabinoid test attempted?
The authors state that a urine drug screen was completed. At least that's something, but it's a test that has very little value (if any) because of the overall windows of detection for drugs and drug metabolites in urine (hours to days to possibly weeks). In acute overdosages, it is quite possible to have a sky high level of drug in blood, but very little drug excreted into the urine. Blood/serum/plasma should be the matrix of choice when doing toxicological analyses.
To report that a specific symptom or effect is associated with or related to “synthetic cannabinoid” use, one must ascertain if a synthetic cannabinoid was actually consumed.  A witness report or patient statement is circumstantial evidence, but not proof of synthetic cannabinoid presence or identification. The title of the case report is "Hyperthermia and severe rhabdomyolysis from synthetic cannabinoids", but the authors have not shown synthetic cannabinoids to be involved. It could have easily been a smoking blend contaminated with a random substituted cathinone du jour or methamphetamine.
This is my main concern with case reports such as this one. Not all laboratories are set up to monitor for these substances. That’s a given - and  it's the reason why reference laboratories exist. But to not attempt this confirmation AND to take the time  and effort to publish the case as hyperthermia induced by a very specific cause – synthetic cannabinoids – is negligent at worst and sloppy at best. To publish this case report without analytical confirmation is shoddy science. I would never publish a case report as a fatality associated with substance Y without at least detecting the substance in blood, tissue, etc. Why is this any different for clinical toxicology or medicine?
I leave you with a question to ask yourselves…
Why are manuscript reviewers and journal editors and peers in the field not questioning this lack of analytical confirmation? Why are we as toxicologists and chemists (and generally as scientists) not questioning this type of work?

We should be questioning it.
Posted by ForensicToxGuy at 1:45 PM 4 comments: