Several case reports of synthetic cannabinoid-related presentations to the emergency department in clinical toxicology have been published, but more often than not (for valid and invalid reasons), analytical confirmation of drug in the blood is not even attempted. In postmortem toxicology, these reports are exceedingly rare as only few case reports have been published surrounding circumstances of death.


There have been three case report papers published in 2013-2014 describing synthetic cannabinoid-associated deaths in conjunction with analytical confirmation of the specific substance and discussion of any associated pathology or physical findings at autopsy. This combination is what I call the "holy grail" of forensic toxicology. And no, this isn't a Monty Python sketch... 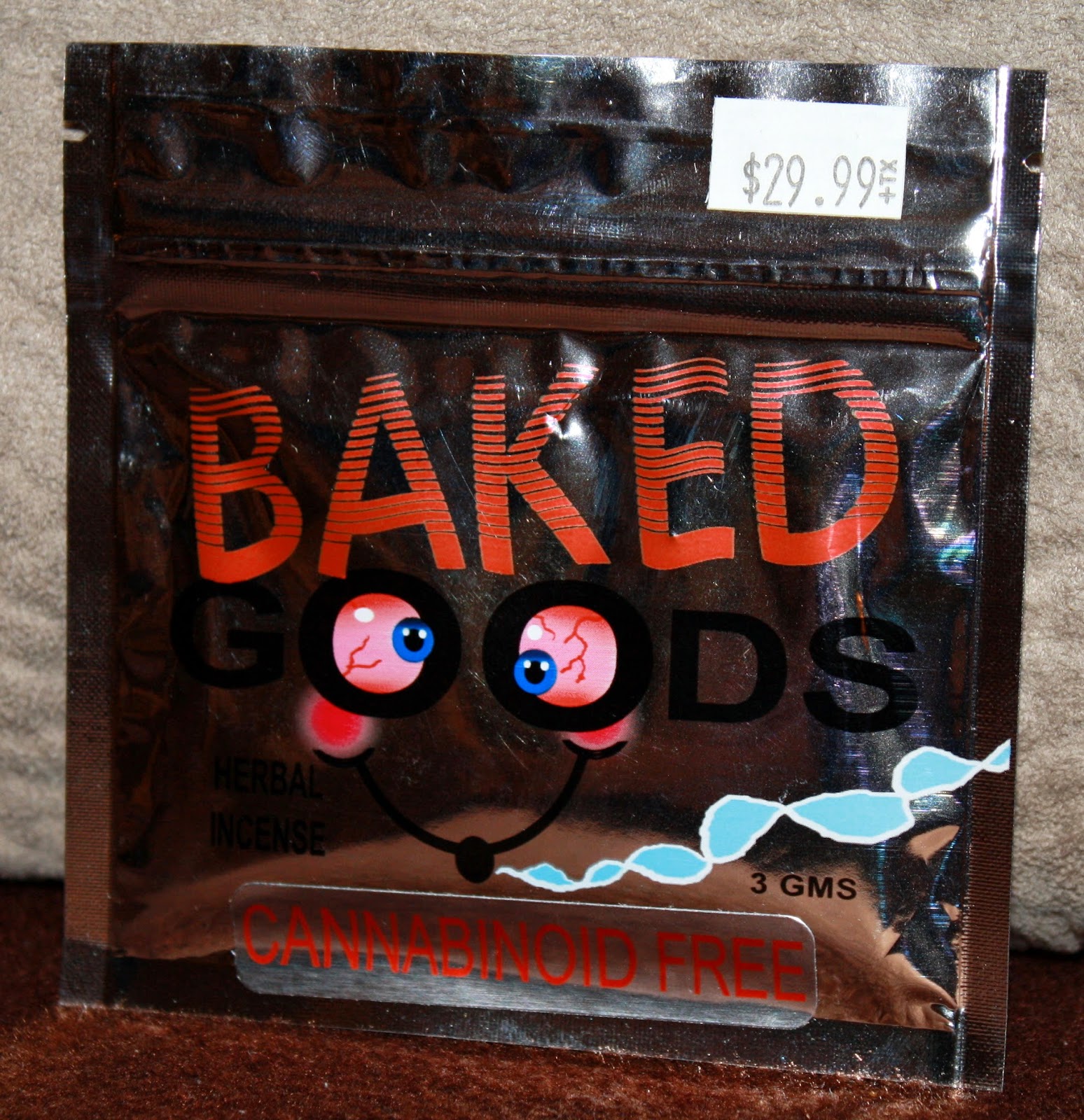 Case history + Analytical Confirmation + Autopsy Findings
It is through these case reports and those like them that we will begin to understand the postmortem toxicology of synthetic cannabinoids.
Case 1
An Accidental Fatal Intoxication with Methoxetamine
Maria Wikström, Gunilla Thelander, Maria Dahlgren, and Robert Kronstrand
Journal of Analytical Toxicology (2013) 37: 43-46
http://jat.oxfordjournals.org/content/37/1/43.full?sid=ef151e1d-5fb9-4d13-b802-70034953209b


This case was reported out of out of Sweden by the Department of Forensic Genetics and Forensic Toxicology, National Board of Forensic Medicine, and the Division of Drug Research, Linkoping University and describes a fatal intoxication with methoxetamine, AM-694, AM-2201, and JWH-018.


A 26 year old male was found lying deceased on the floor in his apartment. There were several bags found in the residence. One bag was labeled “2-(3-methoxyphenyl)-2-(ethylamino)-cyclohexanone”, which is the chemical name for methoxetamine, and another bag was labeled as “Haze”.


Femoral blood toxicological findings consisted of methoxetamine (8.6 mcg/g), AM-694 (0.00009 mcg/g, AM-2201 (0.003 mcg/g), JWH-018 (0.00005 mcg/g), venlafaxine (0.3 mcg/g), O-desmethylvenlafaxine (0.4 mcg/g), and THC (0.001 mcg/g) . Pulmonary edema was observed at autopsy with no other remarkable findings reported. Cause of death was determined to be acute intoxication with methoxetamine. Manner of death was accident.
It is of interest to me that methoxetamine was determined to be the substance at play in the cause of death. While not specifically included in the cause of death ruling, the authors do make note in the paper that it is possible the synthetic cannabinoids detected may have played a role in contributing to cause of death. Venlafaxine and metabolite were detected at “therapeutic” concentrations.
Case 2
Toxicological Findings of Synthetic Cannabinoids in Recreational Users
Robert Kronstrand, Markus Roman, Mikael Andersson, and Arne Eklund
Journal of Analytical Toxicology (2013) 37: 534-541
http://jat.oxfordjournals.org/content/37/8/534.full?sid=5ea03ea0-f2d2-4bd4-89c9-05841794bcc2


This case was reported out of Sweden by the Department of Forensic Genetics and Forensic Toxicology, National Board of Forensic Medicine, and the Division of Drug Research, Linkoping University and describes a fatal intoxication with JWH-210.
A 17 year old male was found dead outdoors. An herbal potpourri product named “Smoke XXX” was found in his clothes pocket. Witness reports describe the smoking of the product. A ‘friend’ took two puffs, felt dizzy, and lost “his perception of touch” in his hands. The friend decided to move indoors while the deceased continued to use the product outdoors.
Femoral blood toxicological findings consisted of only JWH-210, which was at a concentration of 12 ng/g. Pulmonary edema was detected at autopsy. The total weight of the lungs was 1,264 grams. No other remarkable findings were observed. Cause of death was determined as hypothermia in combination with psychotropic substances. Manner of death was accident.
Case 3
Four Postmortem Case Reports with Quantitative Detection of the Synthetic Cannabinoid, 5F-PB-22
George Behonick, Kevin G. Shanks, Dennis J. Firchau, Gagan Mathur, Charles F. Lynch, Marcus Nashelsky, David J. Jaskierny, and Chady Meroueh
Journal of Analytical Toxicology (2014) 38: 559-562
http://jat.oxfordjournals.org/content/38/8/559.full

These cases were reported out of the University of Iowa Hospitals and Clinics; Department of Pathology and Laboratory Medicine, Mercy Medical Center; Physicians Laboratory, PC; and AIT Laboratories. The case reports describe a series of fatal intoxications with 5F-PB-22.


A 17 year old male was using drugs (including ethanol) with a friend. During the early morning hours, he “began to gasp for air” and collapsed to the ground. After failed resuscitative attempts by EMS, he was pronounced dead.


Femoral blood toxicological findings consisted of 5F-PB-22 (1.1 ng/mL), ethanol (0.033%), amiodarone, and caffeine. Upon autopsy, no remarkable findings were observed. Cause of death was determined to be 5F-PB-22 intoxication. Manner of death was accident.


A 27 year old male was brought to the ER with illness and diaphoresis. Upon admission he was diagnosed with acute liver and kidney injuries. After admission to ICU, he was diagnosed with “severe liver injury, severe coagulopathy, acute kidney injury, acute respiratory failure, hypoxemia, severe anion gap metabolic and lactic acidosis”. The patient’s condition deteriorated rapidly over the next half day and he experienced cardiac arrest and “pulseless electrical activity and poor oxygenation secondary to acute respiratory distress syndrome likely the result of aspiration and pulmonary contusions following chest compressions”. Failure of the circulatory system, respiratory system and central nervous system followed along with severe metabolic derangement.


An antemortem serum specimen obtained approximately 7 hours prior to death was positive for 5F-PB-22 (1.3 ng/mL). The only other drugs detected were THC-COOH and drugs administred during medical intervention (piperacillin, levofloxacin, and lorazepam). Cause of death was determined to be fulminant liver failure in the setting of THC and 5F-PB-22. Manner of death was undetermined.


Case 3.3
After a night of partying with friends, an 18 year old male decided to go to sleep at 9:45 am. He was found in bed unresponsive, pulseless, not breathing, and cool to the touch at 1:42 pm.


Postmortem Iliac blood toxicological findings consisted of only 5F-PB-22 (1.5 ng/mL). Bilateral pulmonary vasocongestion and congestion of the liver, spleen, and kidneys was observed at autopsy. No other remarkable findings were observed. Cause of death was sudden death in association with synthetic cannabinoid use. Matter of death was accident.


Case 3.4
After a night of partying, a 19 year old male returned home and indicated to his family he felt lightheaded. Around 12 noon, he decided to go to sleep. He was discovered deceased in his bed the next morning.


Postmortem superior vena cava blood was positive for 5F-PB-22 (1.5 ng/mL). No other drugs were detected. Remarkable findings at autopsy included bilateral pulmonary edema, necrotizing granulomatous inflammation with histoplasma microorganisms, and visceral congestion. Cause of death was acute drug intoxication with the synthetic cannabinoid, 5F-PB-22. Manner of death was accident.

It is of great importance to recognize that in the vast majority of the cases reported, relatively nonspecific pathological findings were observed at autopsy. These include pulmonary edema and various visceral congestion. In 83.3% of cases (cases 1, 2, 3.1, 3.3, and 3.4), these were the only physical findings observed.

I didn't know too much about this series before watching the movie, but I have to say it was extremely well done (and not in the overcooked and burnt steak way).

Tragedy and sadness? Yeah, a bit.

I highly recommend this movie for both kids and adults. Go watch it. You'll love it. Plus, at the beginning is a cute short (Feast) about a dog and his human friend.
Posted by ForensicToxGuy at 6:50 PM 4 comments: