The third installment of Toxicology of Designer Drugs focused on the emergence of fentanyl, fentanyl analogs, and other designer opioids in modern street heroin.

The outline of topics for this lecture included:

Posted by ForensicToxGuy at 4:13 PM 3 comments:

Here is the next installment of my Toxicology of Designer Drugs class - this lecture focused on a high level look at the timeline of designer drugs in the USA.

A Brief History of Designer Drugs

Posted by ForensicToxGuy at 3:34 PM 2 comments:

I'm teaching a toxicology of designer drugs course at IUPUI this fall via the Forensic and Investigative Sciences Program.

The outline of topics for the first lecture included:

Posted by ForensicToxGuy at 3:32 PM 4 comments:

The title of the talk is:

"Not Your Father's Heroin: Forensic Toxicology in the Age of Fentanyl and Fentalogs"

While you're reading this, why not pop into IUPUI's FIS Program website and have a look around? They've got some really cool things happening.
Posted by ForensicToxGuy at 3:00 PM 1 comment:

I visited Dr. Susie Swithers' Drugs and Behavior class at Purdue University today and introduced the students to forensic toxicology. Had some good interactions with the students. I have fun with things like this - love outreach and education.

While you're reading this, why not peruse Purdue's Psychological Sciences website and learn something new?
Posted by ForensicToxGuy at 5:33 PM 2 comments:

Some good job opportunities are out there for forensic toxicology!

The following are good references and sites for job postings:

Three more fentanyl analogs to be placed into Schedule I

The DEA announced today a notice of intent to place three more fentanyl analogs into Schedule I of the Controlled Substances Act. These compounds are Methoxyacetylfentanyl, Ortho-Fluorofentanyl, and Tetrahydrofuranfentanyl.

Posted by ForensicToxGuy at 6:16 PM 2 comments: 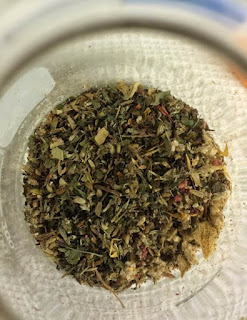 Posted by ForensicToxGuy at 7:34 PM 4 comments:

The DEA has released their emerging threat report for mid-year 2017. It is located here via the National Drug Early Warning System (NDEWS).

Fentanyl remained the most prevalent opioid detected with furanylfentanyl and U47700 running second and third. Fentanyl analogs methoxyacetylfentanyl and tetrahydrofuranfentanyl were identified for the first time in drug evidence in the US during this time period. Interestingly, with as much coverage as carfentanil has gotten from media reports, it was only fifth in the overall number of detections. Maybe that's a good thing?

The top two cathinones detected were N-ethylpentylone and dibutylone. N-ethylpentylone made up approximately 50% of all cathinone drug detections. Alpha-PVP has fallen to fourth in the list, but it is still out there.

Only two pieces of evidence were identified as NBOMe hallucinogens (25C-NBOMe and 25I-NBOME).

This report from the New York Times shows that fentanyl and analogs have overtaken heroin as the leading drug-related cause of death in the USA, which is not at all surprising if you've been paying attention to these over the last few years.
But it is frightening, and as the article points out, the numbers from 2016 are not even final and will more than likely go -up-. Another terrifying aspect to this is that fentanyl analog related deaths are most likely underreported as testing for said analogs is really in its infancy and not every known analog can be (or is) accounted for in toxicological testing. Not every postmortem toxicology case includes fentanyl analogs in the scope of testing, whereas heroin (detected in blood and urine as 6-acetylmorphine and morphine) and fentanyl are routinely covered in even the most basic postmortem toxicology testing panels.
To make matters even more dire, all signs point to increasing fentanyl/analog death numbers in 2017.

As I've said for a while now, this ain't your father's heroin. At what point do we stop calling it heroin and refer to the standard "heroin" product on the street as fentanyl?
It is also interesting to note that cocaine is making a comeback. Or the better realization may be that it never really went away. Cocaine related deaths have continued to rise over the last few years and have more than doubled since about 2010-2011. From this data set beginning in the year 2000, cocaine related deaths peaked in 2005-2006 and then trended downward until 2010 when they began to increase again. Cocaine deaths reached an all time high (topping the peak set in 2005-2006) in 2015-2016.
Reference