On August 14, 2014, the state of New Hampshire (NH) issued a state of emergency resulting from a series of synthetic cannabinoid-related illnesses. No actual adverse effects were described in Governor Hassan’s press release, but the alleged product was identified as the bubblegum flavor of “Smacked!”. According to reports, starting on August 11, 2014, the product was responsible for adverse effects in at least 41 people across the state of NH. InfectiousChris over at the Dilatant Pharma blog has the overall timeline covered extremely well and also notes that original New York (NY) press release mentions the product name “Smacked!”. I don’t know if this mention means that the "Smacked!" product was actually implicated in the NY illnesses or if it simply was an example of historical product names (similar to K2 and Spice). 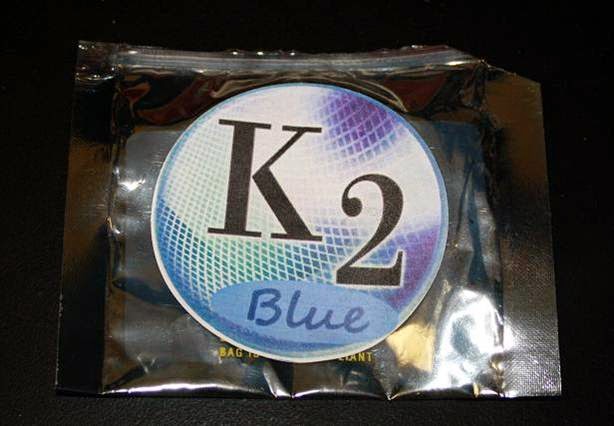 It has been 12 total days since the beginning of the NH illnesses and 30 days since the reported NY illnesses. We still have not heard if a specific synthetic cannabinoid has been identified by the DEA or local authorities in NH or NY.


As a drug chemist and forensic toxicologist, I have analyzed tens of thousands of drug samples and biological samples over the course of my career and have focused narrowly on new psychoactive substances over the last 4 or so years. The testing process can be very time consuming and complex. The procedures utilized in the real forensic lab are not reminiscent of those seen on television shows such as CSI or NCIS. We don’t have an Abby Sciuto that shoves the plant material directly into an GC/LC autosampler injector or mass spectrometer ion source (or I don't hope we have her on staff!). Standard operating procedures exist in our world. Chain of custody and documentation is a rule that isn't broken (remember these types of cases and resulting reports have a high probability of ending up as evidence in a criminal trial). Certified reference standards must be in hand. Sample weights must be ascertained via analytical balance. Organic extractions must take place using pH buffers solutions and solvents. Quality control samples must be prepared and then verified. Instrument calibration must be completed. Then we can finally run our case samples! Many times a sample is run twice via separate aliquots on complementary instrumentation to achieve an authentic screen result and a confirmed result. True unknown analysis and structural elucidation is more difficult but can be undertaken as well (if a lab has the analytical capabilities and ultimately time and money).

So, while I am disappointed that the identity of the specific synthetic cannabinoid has yet to be released, I am eagerly awaiting the news. I and others, including InfectiousChris, have placed phone calls and email messages to various people in NH government. Stay tuned for any further updates. But do remember that  even though this is a matter of public health and time is of the essence, the government typically moves at a snail's pace. And there really is no getting around that fact.

If anyone is reading this from NY or NH and needs help in analytical confirmation of any synthetic cannabinoid compound in either product or blood specimen, then please contact me. Either I can try to help or recommend a reputable lab that can help.

If you want my one and a half cents speculation, the offending compound may be an INACA-based synthetic cannabinoid, such as AB-CHMINACA or AB-PINACA (or others pictured above). But that is 100% my own rambling speculative thoughts based on what I know about the current prevalance of these compounds.

Some of these incidents were allegedly associated with a bubblegum flavored herbal incense product named "Smacked!". Two other products named in the press release were "Crazy Monkey" and "Green Giant", though it was noted they weren't involved in the illnesses. The identification of any specific synthetic cannabinoids have not been confirmed.


Posted by ForensicToxGuy at 5:45 PM No comments:

Dallas Cowboys' defensive back Orlando Scandrick was suspended today for four games due to a positive urine test for MDMA. Scandrick’s story consists of an excuse that he was in Mexico on vacation and was persuaded by a friend to add a substance to the beverage that they were consuming. Allegedly he did not know the identification of the substance he ingested.


In an article from ESPN.com, it is stated:

“While MDMA alone would be considered a drug of abuse and would not subject Scandrick to suspension for a first-time positive test, the drug sometimes contains an amphetamine component, which does fall under the league’s PED policy and led to Scandrick’s punishment.”

What?
I do not pretend to know the specifics of the NFL drug testing policy and it seems that amphetamine–family drugs are banned under the performance enhancing drug (PED) section of policy (why it is covered there is really a discussion for another day). Even with that said, the given reasoning absolutely makes no logical sense.
MDMA is an amphetamine derivative! D’oh!

MDMA, otherwise known as 3,4-methylenedioxymethamphetamine, is a substituted derivative of methamphetamine. It was first synthesized by Merck in 1914 and its widespread recreational use in the 1970s and 1980s caused it to be placed into Schedule I of the Controlled Substances Act (CSA) by the DEA on July 1, 1985.
In a toxicology laboratory, the presence of MDMA and MDA in urine is commonly monitored via an immunoassay screening analysis (with amphetamine or methamphetamine as a target compound) and a confirmatory analysis utilizing either gas chromatography with mass spectrometry (GC/MS) or liquid chromatography with tandem mass spectrometry (LC/MS/MS). MDMA’s chemical formula is C11H15NO2 and its molecular weight is 193.2 g/mol. MDMA is extensively biotransformed and excreted as multiple metabolites in the urine, including 3,4-methylenedioxyamphetamine (MDA). MDMA is detectable in the urine for 1-5 days after administration of the drug. Drug detection windows are variable and approximate. They ultimately depend on a myriad of factors including the nature of the drug consumed, the route of administration, the individual's metabolism, the dosage of drug consumed, and the hydration state of the individual.
As reported many other places, supposed Ecstasy or MDMA may contain other stimulant compounds (such as PMA, methamphetamine, or methylone), but this does not seem to be the case in this situation. I would expect that if Scandrick tested positive for an additional compound, then that information would have been released along with the MDMA result.
Cheers,
FTG
Posted by ForensicToxGuy at 8:04 PM No comments:

There are reports out of Fort Wayne, Indiana regarding six people hospitalized in a 12 hour period after using a synthetic cannabinoid product. While the overall number of people presenting is small, it was enough to garner some attention. No product names are given and no synthetic cannabinoids are named. Indiana has some strong laws around these compounds, including an exhaustive list of explicitly banned compounds and structural classes. The state also employs an analog clause and an "imitation" or "lookalike drug" language. Pretty much if it is a synthetic cannabinoid or sold as such, then it is banned one way or another.

I'm going to check into this one some more and see what I can find out.

Posted by ForensicToxGuy at 7:52 PM 4 comments: