Alcohol and the Alleged Profession?

As much as I rail against the media (or the alleged profession?) for their reporting on new psychoactive substances as well as the more established drugs out there, I have to say that I absolutely love this article that appeared on Vox today, titled Imagine if the media covered alcohol like other drugs. It is written by German Lopez (@germanrlopez). I'm not sure it can be considered satire, because it is 100% true.

A fabulous beginning quote from the article:

"The widespread use of a substance called "alcohol" - also known as "booze" - has been linked to erratic and even dangerous behavior, ranging from college students running naked down public streets to brutal attacks and robberies."

Now go read it in its entirety.

On June 12, 2015, the CDC released some information via the Morbidity and Mortality Weekly Report (Notes from the Field: Increase in Reported Adverse Health Effects Related to Synthetic Cannabinoid Use – US , January – May 2015) on the recent increase in synthetic cannabinoid-related hospitalizations, illnesses, and deaths that has occurred during the first five months of 2015. 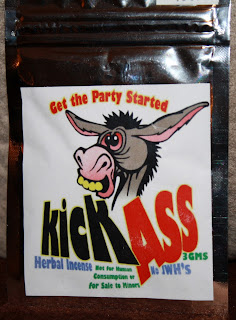 If you’re a normal reader of this blog, then you’ll know exactly of which I am talking.


Here's my last take on this noted increase in hospitalizations:
The beat goes on with synthetic cannabinoids from April 2015…


Some information from the CDC release in MMWR:
Note: The report did not include any discussion of case history surrounding the exposures resulting in adverse effects, toxicology results from any of the reported cases or even information that the drug of interest was analytically confirmed in a biological matrix, and microscopic and macroscopic findings at autopsy. All of this is important information that makes a complete case report.


If you’ve followed this blog for any length of time, you should not be surprised at any of these findings.  I’ll end by repeating what I did in the blog post cited above…


Synthetic cannabinoids have been and will continue to be a major issue in the US. They are public health nightmares. These recent hospitalizations (and the now noted increase in poison center calls) are not surprising to me and should not be surprising to anyone that follows this subject. These adverse effects are the norm. The vast majority of people using these substances and products are consuming substances of unknown identity with unknown pharmacological and toxicological profiles in unknown combinations at unknown dosages. This reckless and dangerous behavior will result in serious adverse health effects.
Posted by ForensicToxGuy at 4:00 PM 1 comment:

And it's all about our friend - cocaine.

It has been said that during the recording of Sabbath's Vol. 4, the substances abuse issues were prevalent. Speakers full of cocaine were being delivered to the studio; massive amounts of drugs were being consumed daily while recording the music. Snowblind was intended to be the real title for what would eventually become Vol. 4, but the music execs mandated a change.

Also, I've never seen this personally, but in the liner notes of the album, Sabbath thanks "the great Coke-cola".

Here's a great performance from 1975. Hope you enjoy the music as much as I do.