What are your professional plans for the new year?

My main plan for 2015 is to become better with time management.

It's my hope that with more honed time management skills, I can:

Notice of Intent – 3 More Synthetic Cannabinoids into Schedule I

Today, December 19, 2014, the United States Drug Enforcement Administration (DEA) filed a notice of intent for placement of three new synthetic cannabinoids into Schedule I of the Controlled Substance Act (CSA).


These three substances are:
AB-CHMINACA, AB-PINACA, and THJ-2201
All three of the substances have been discussed at one time or another here on TDMTP and are suspected to be CB1/CB2 receptor agonists, but true pharmacological and toxicological evidence does not exist.


December 2014
AB-CHMINACA, AB-PINACA, THJ-2201
Wonder what will be next? Maybe the AMB series? We’ll see. As always, the beat goes on.
Posted by ForensicToxGuy at 10:04 PM No comments: 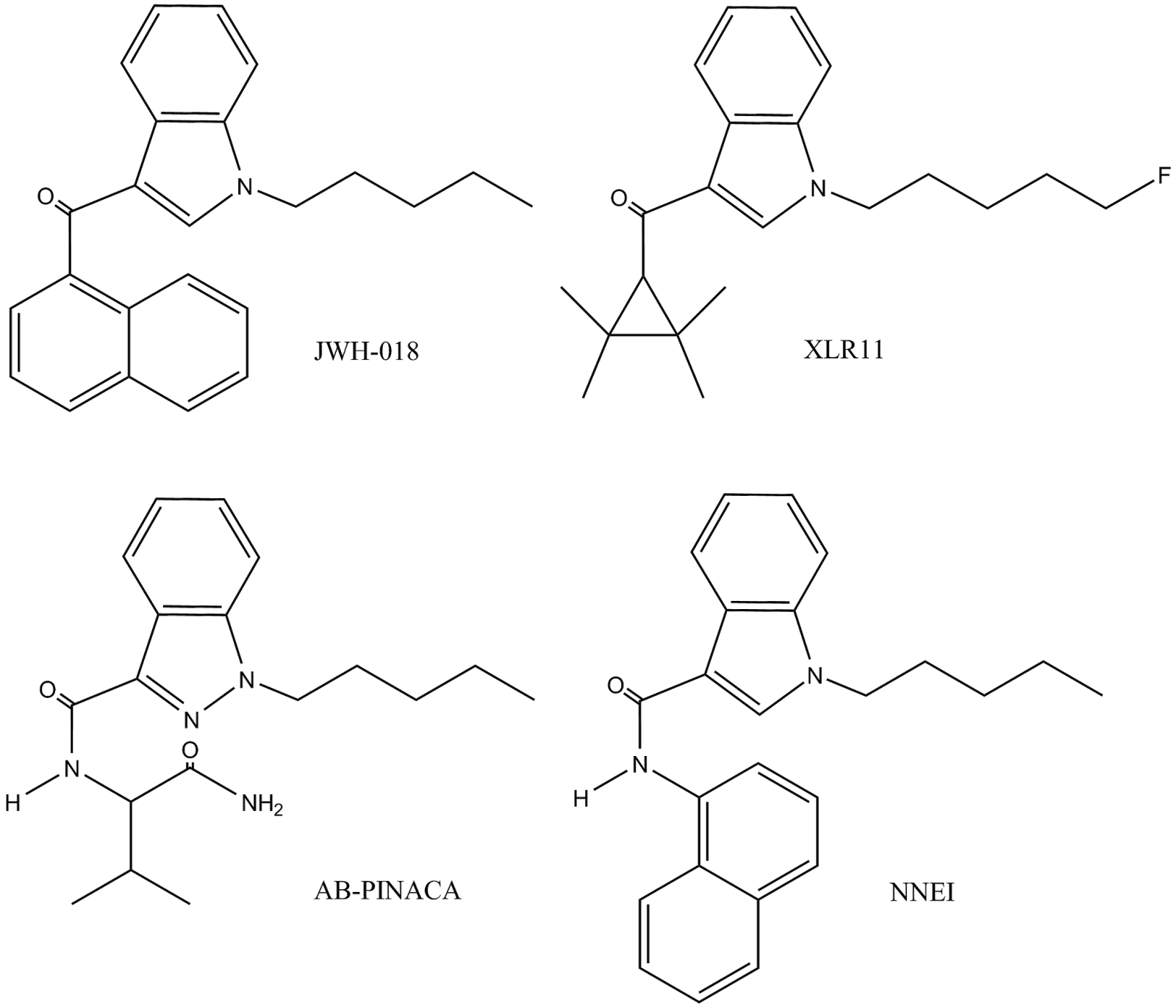 A male (age was described as “in his twenties”) was found deceased on the floor in his bedroom. A package of “Fairy Evolution” herbal product was found in the vicinity. No medical history was known.

The Fairy Evolution herbal product was tested and NNEI was the only substance detected.

Exhaustive toxicological analyses were undertaken. Plasma, whole blood, urine, brain, heart, lung, liver, kidney, hair, and adipose tissue were analyzed. Femoral blood concentrations were 0.99 and 0.84 ng/mL (right and left vein respectively). NNEI was detected in all specimens analyzed, except urine. No other drugs or metabolites were detected in any biological specimens. Disposition of drug is discussed in the paper.

Pulmonary edema was detected at autopsy. The total weight of the lungs was 1,750 grams. Organs showed considerable congestion.

Marked congestion and alveolar macrophage infiltrations were observed in the lungs.

Corporal amylacea were observed in the corpus callosum in the brain.

No other remarkable findings were observed.

The authors determined cause of death to be associated NNEI and concluded that the acute circulatory disturbance to be induced by “NNEI poisoning”.  Manner of death was not disclosed in the paper, but my assumption is that it would be accidental or undetermined.

It is interesting to note that New Zealand preemptively banned NNEI from the market in 2012 due to the hypothesized formation of possible carcinogenic metabolites. It was hypothesized that the amide linkage could be hydrolyzed by carboxylesterases resulting in formation of 1-aminonaphthalene, a known carcinogenic substance. This was previously covered here. It has now been shown in in vitro experiments published by Thomsen et al. that carboxylesterase 1 (CES1) is the major hepatic and pulmonary enzyme that is responsible for the amide hydrolysis during metabolism of the indazole carboxamide synthetic cannabinoids AB-FUBINACA and AB-PINACA. As you can see from the structure representation above, AB-PINACA and NNEI share this same amide linkage. It is logical that NNEI would be metabolized via the same pathway.

Ultimately, I am ecstatic that we have seen a few papers published lately that describe case history + pathology/physical findings at autopsy + toxicology findings and analytical confirmation of substance.
Posted by ForensicToxGuy at 10:24 AM 4 comments:

Chemicals? Everything is chemicals! Part 26

I found this item in the grocery store today. Let's take a closer look at the constituents. 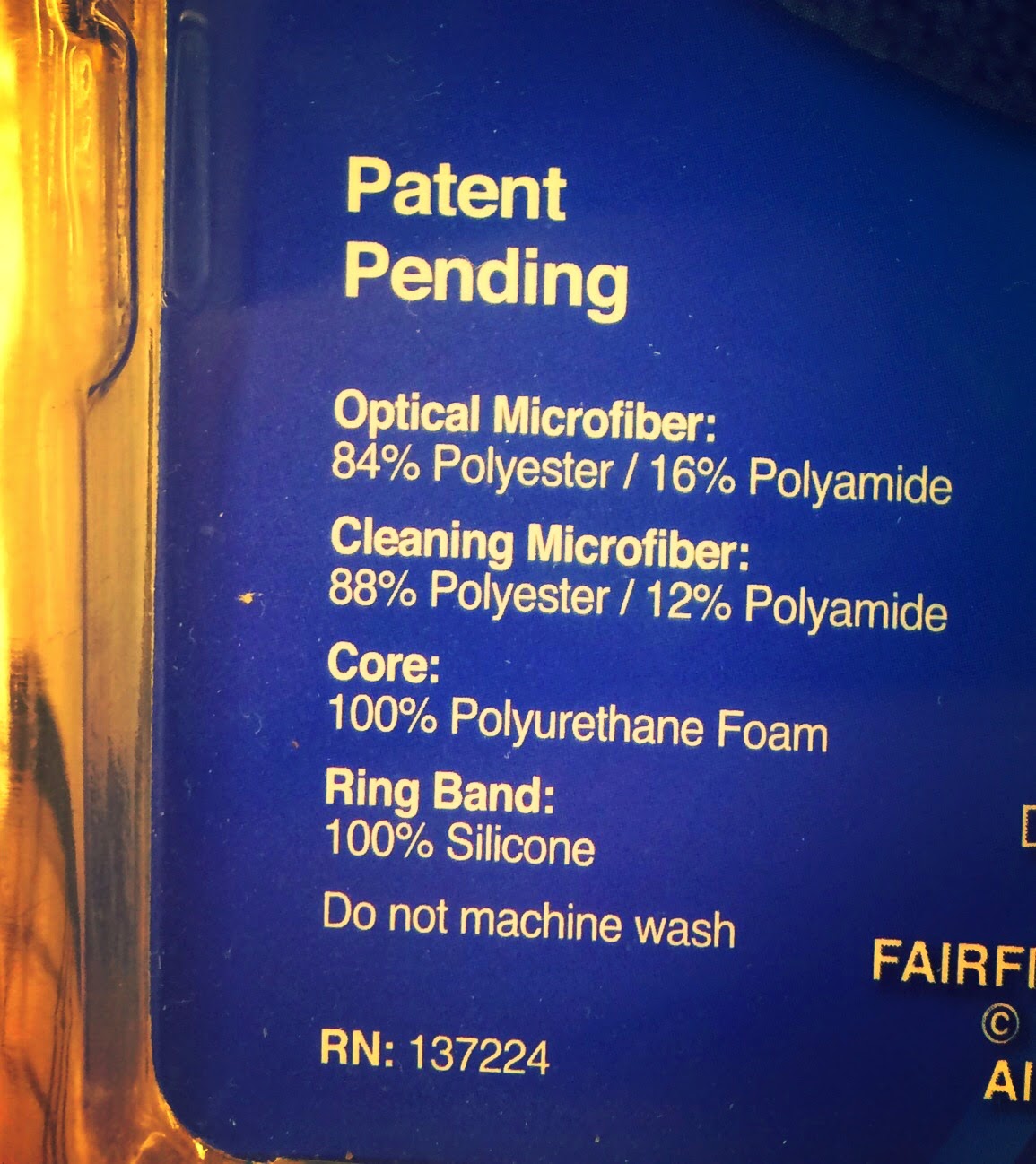 So this "chemical free" cleaner is comprised of:
Yeah, those aren't chemicals.

Oh wait. They are.