The new synthetic cannabinoids on the block

Since approximately 2007, quinoline cannabinoid derivatives have been evaluated for cannabinoid receptor affinity.  A few studies have demonstrated a handful of compounds with the quinoline structure to be highly selective for the CB2 receptor over the CB1 receptor.
PB-22 and 5F-PB-22 are two emerging synthetic cannabinoid substances of this quinoline class.  They have been analytically confirmed as adulterants in herbal incense blends in the USA. 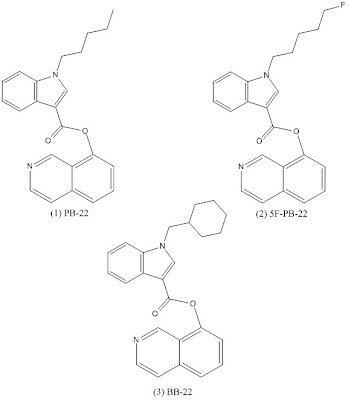 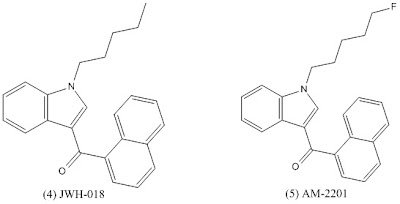 
Posted by ForensicToxGuy at 11:11 PM